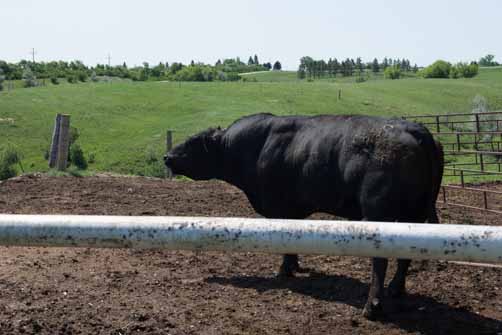 Luke 4:22 NLT “Everyone spoke well of him and was amazed by the gracious words that came from his lips. “How can this be?” they asked. “Isn’t this Joseph’s son?

The crowds just could not believe how well Jesus spoke, after all, he was just the boy from down the street, the carpenter Joseph’s son.  They knew him as a boy, someone like that couldn’t grow up and do and speak like this man Jesus.   That hometown, ‘I knew you when’, syndrome is always a killer to people accepting who you really are, and what God has put into you.  I call it “the neighbor’s bull.”

My husband’s family raise registered Limousine cattle, and had an annual bull sale on their Ranch.  His dad had been an early pioneer in the Limousine business both on a state and national level.  They raised great cattle.  People would come from hundreds of miles away for their bulls.  Those that purchased knew they were gonna have a great calf crop from the blood lines of these bulls.   But there is always the neighbor that complained loudly if a bull crawled the fence into his pasture and bred his cows.  Grumbling under his breath about that good for nothing bull.  He would be the kind that refused to see that bred cow ended up having the best calf in the herd.  It just couldn’t be, it was from the ‘neighbor’s bull.’

So the saying went in the bull business, the more miles you drove to purchase a bull, the better the bull was.  But was it really?

Often your first impression of someone is what sticks forever with you of that person.  Even if it’s from when they were a small child.  They’ll never be any different.  Then there’s that problem they come from ’that’ family.  Judging people on where they’re from, or what family they are from instead of who they are.

In the case of Jesus, Joseph was only his step father.  His real father was God Almighty.  If the people only knew, would they have accepted him more? No, I doubt it.

People really haven’t changed much through all these years.  I’ve talked with people, and mentioned someone else, how wonderfully they are doing, and walking with God.  But the person I was speaking with wouldn’t believe it, cause they knew the person as a kid, and they were a brat.  So the actions of the three year olds tantrum is forever imbedded in that persons memory that’s how they will always be.  But people grow up, and people change.  Your view of them needs to change with their growth.

So drop the ‘who do you think you are?’ and ’they’re from that family’ stuff, and begin to love and accept people for who they are.