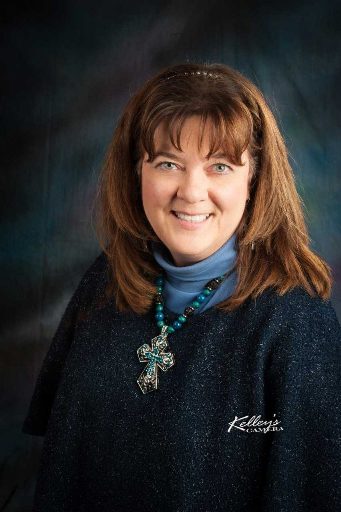 Kelley Reuer grew up in Mandan ND.  She attended one year at MSU in Moorhead, MN and then went on to graduate from Shiloh Training Institute (A Ministry School) in Hamilton, MT in 1982 where she also met and married Todd; they then moved back to the Dakotas.  Kelley and Todd in the 80’s helped start churches in North and South Dakota in Aberdeen, Steele, Hazen and later in Kenmare where they pastored for three years. They also did mission work in South East Asia and Mexico during that time. In 1988 Todd and Kelley both became ordained ministers of the Gospel with AFCM (Association of Faith Churches and Ministries) and RMAI (Rhema Ministerial Association International).

In 1992 Todd left the ministry and returned to ranching.  He was a ranch manager on several ranches in South Dakota, Colorado and North Dakota, but they continued to help new churches start in those areas.

Over the years, Kelley has been a worship leader in ten churches as they moved about.  Her heart has always been to lead people into the presence of God, something she was taught by precept and example at Shiloh.

Since 2013 she has held Women’s conferences called; Blessed Is She in North and South Dakota.  In November of 2015, Kelley returned to Kenmare, ND where she is presently pastoring Alive Christian Fellowship.

Kelley has three wonderful children that she homeschooled, two daughter-in-laws and three adorable grandchildren. Her husband Todd moved to heaven in December of 2013.